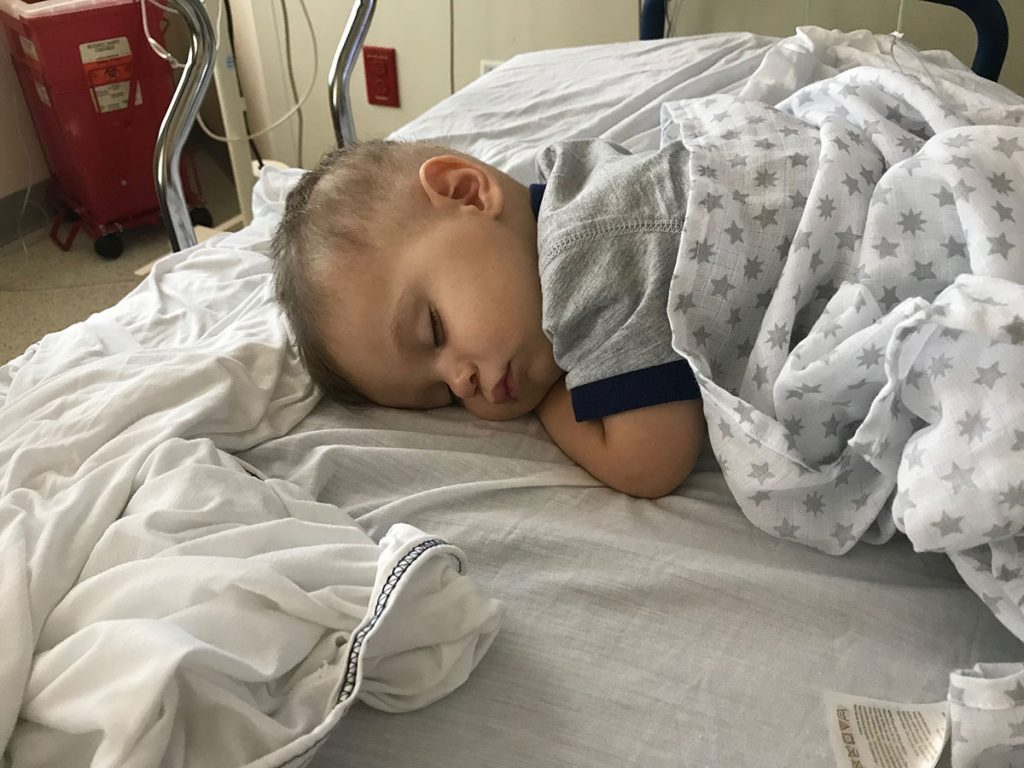 We are a bit late with a progress update after a busy period. Last Thursday Naaman underwent another lumbar puncture procedure. It was an unknown whether they would go through with it or not due to him still being sick with a virus and having a runny nose.

The anesthesiologist was someone we have never seen before and he did a good job of explaining how they would adjust. They decided to avoid Propofol because they seem to think he has a reaction to it and it may be causing more harm than good. Propofol is a sedative and commonly used and causes a deeper sleep on a small dose. This makes it ideal for cases such as this. Instead he was to be given 4 small doses of a different sedative at different intervals. The only downside was that these do not cause a deep sleep so he is somewhat awake. They do give a medication for pain however so he does not feel the injection. They monitored him closely due to the slight respiratory distress he had a week prior.

The procedure was a success. He had no complications afterwards and while he was somewhat awake he awoke hungry and not as angry as the last couple weeks. Success! The team will be replicating this sedative plan going forward.

Now we have to wait for this Thursday to see if he can have his last LP in this cycle and where we stand. Naaman’s ANC levels are 500 and need to be at 750 to go through with the next procedure. Hoping for them to rise.