Not the Cheeky I know

Sunday was a tough day for all of us. Just a couple months ago we were looking forward to lazy Summer Sundays or some of the smaller trips we had planned. That all seems so distant now.

Today we were woken up in the middle of the night by Naaman crying and then screaming. Nothing was able to console him. Eventually we were able to surmise that he was hungry and get him something to at least calm him enough to go back to sleep for a few more hours.

During the day it was much of the same.  The combination of the drugs and steroids have a series of side effects and they seem to be cumulative. He is hungry all the time but he is extremely particular about what he wants, much of the time we don’t know. He cried most of the day but we don’t know why and has fits of anger.  We touched his toes and he pulled back so we are guessing that his body either hurts or is tingling from numbness. Both side effects of medication. He still has a lot of large bruises which must be sore and won’t heal soon because his body is fighting off the cancer. He smiles little and isn’t even entertained by Sesame Street like he was just a few days ago.  It’s very challenging keeping him entertained, happy and fed.

Naaman did go on a short half mile walk earlier in the day and as a family we ventured out to a store, mostly to calm him down. He seems to at least be more calm when in motion. We don’t really bring him outside much otherwise as he doesn’t seem like like it and because the sun is too much for his weakened system.

On the positive side when you find that special food he craves he does eat. Also we know that these drugs won’t last forever so there is some light that we hope will poke through the tunnel. We are doing our best to stay positive and try to maintain a family like atmosphere for Nadine as well.

Naaman goes in tomorrow to the cancer center for his Monday appointment. It will mostly be assessing his progress but to also answer many of the questions we now have. We want our Cheeky back. 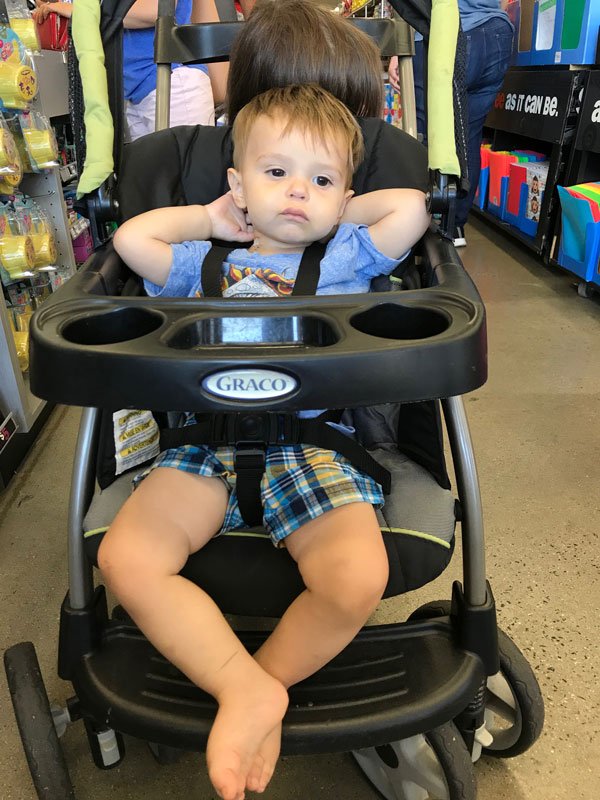