All roads lead to Thursday 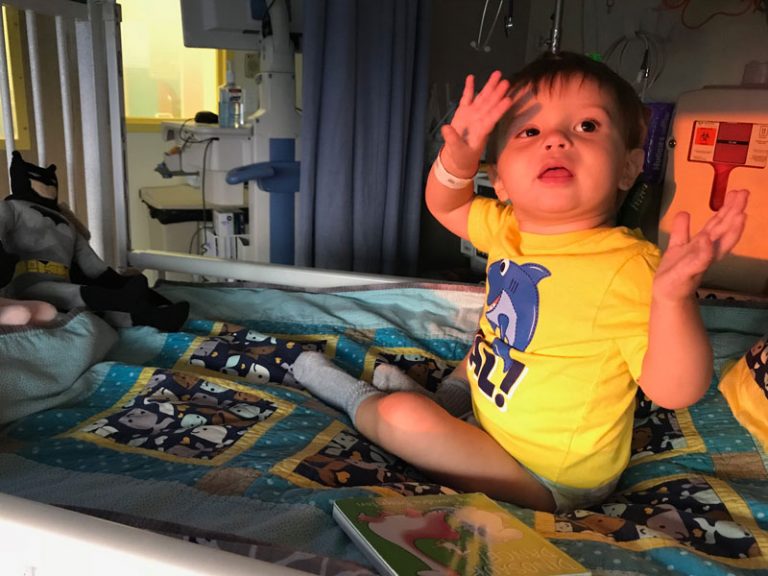 Naaman had a fairly uneventful day today, thankfully. He had a couple antibiotic treatments and had to have his port tube replaced. Apparently every 7 days this has to be done so guess it is telling us how long we’ve been in the hospital.  While he was pretty agreeable most of the day, sleeping well at night and taking a nice long nap (half on dada’s lap) he hated the tube change and it took 4 of us to keep him at bay.  During the day he showed flashes of his old self, high fiving everyone, laughing, playing and now saying his own name. I swear this guy is picking up a few words a week. Lots of one on one training

We are still waiting on the genetic testing which will dictate the direction of the treatments in the next phase, titled consolidation, which lasts 55 days. A positive vs. negative will change which kind and how many drugs are administered.

There were a lot of medical staff in the room today and it gave a chance to ask even more questions. It seems at this point all roads lead to next Thursday. Why? Well that is technically the last procedure of the first phase of his treatment, induction. It is the bone marrow check to see where the cancer stands. The number that comes back also dictates where we go from here.  We want it to be as low as possible to continue on standard treatment. They are watching him extra closely because his white cell counts at the start of all this were some of the highest levels they’ve seen.

All we can do at this point is be positive and hope for the best.